10 Places to visit in London 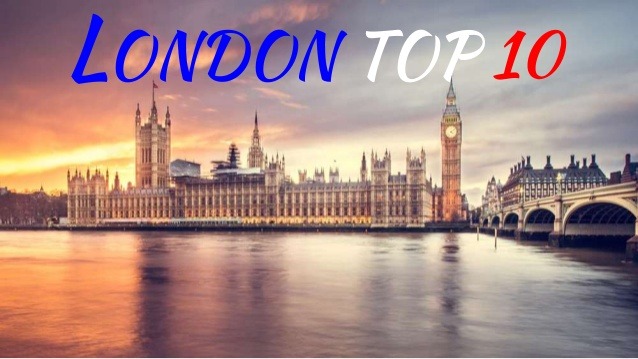 Buckingham Palace, Tower Bridge, Saint Paul’s Cathedral … there are endless places to visit in London. The British capital is, in fact, a container of attractions to be discovered. To get away from the embarrassment of the choice, we suggest you 10 places that are really worth seeing in the capital and therefore must not be missing from your visit itinerary. We are sure you will not be disappointed. They are all very popular places, so we advise you to get your ticket online. You will avoid the queue at the ticket office and you can start enjoying the experience immediately!

10 Places to visit in London

It is one of the most visited attractions in London and since 1999 it has become part of the London skyline. The capsules reach a height of 135 meters so during the 30-minute tour you can enjoy a spectacular view of the capital! A must among places to visit in London.

Exalted in 1894 as the “bridge of wonders“, Tower Bridge is one of the best-known icons in London. It is located on the Thames and connects the villages of Southwark and Tower Hamlets near the Tower of London. It is one of the most impressive bridges in the world and is an undisputed part of the city skyline.

Do not miss the Tower Bridge Exhibition (free with the London Pass ) and the recent spectacular glass floors, which offer a thrilling view of the Thames.

The Tower of London

Always a place of intrigue and conspiracy, with over two million visitors a year, the Tower of London is one of the major attractions of London.

Do not miss a visit to the crown jewels: crowns, scepters, globes, swords, and rings are just some of the objects on display that will leave you speechless.

One of the most popular attractions in London. The most visited room is certainly the first, full of movie stars and heroes: Audrey Hepburn, Steven Spielberg, Whoopi Goldberg, ET, Arnold Schwarzenegger, and many others. Here you will also find the couple David and Victoria Beckham.

Do not miss the Star Wars experience, the incredible exhibition entirely dedicated to the famous stellar saga.

The very symbol of England, synonymous with London all over the world. It is certainly the starting point for those visiting London for the first time and an inevitable stop on the itinerary for those returning to London. Unmissable in the evening when the clock faces light up.

Saint Paul’s Cathedral is one of London’s two Anglican cathedrals. Its dome is second only to that of San Pietro in Vaticano in Rome and it is right under the dome the best point to observe the cathedral, where everything is majestic: central nave with three chapels, the stairs leading to three circular galleries and the ‘pipe organ. Don’t forget to climb the dome to enjoy the capital from above! It is definitely one of the places to visit in London.

Westminster Abbey is the most important religious monument in the city of London and all of England and is known because it has always been the backdrop to the main political and religious events in the country. Here the coronation ceremonies of all the sovereigns 17 took place there.

It is one of the most famous royal palaces in the world AND one of the few royal residences still in operation. Don’t miss the changing of the guard ceremony! If you happen to London in July, August and September, know that it is possible to visit the Royal Palace.

If you are in London with children in tow or you are passionate about the most famous wizard in the world, then you cannot miss a stop at the Warner Bros Leavesden Studios, to pay a visit behind the scenes of the Harry Potter set and get all the secrets.

Beautiful the new permanent section, entirely dedicated to the Forbidden Forest, where you can follow in the footsteps of Harry, Ron, and Hermione.

With its particular sliver shape and the third tallest skyscraper in Europe. Made by Renzo Piano, it is located in Southwark and reaches a height of 309.6 meters.

You can take a tour of the hotel, reaching the 72nd floor where you can also visit the outdoor viewing platform.

Six Considerations in Choosing a Company for Website Design

Things to Consider Getting Suitable Motorcycle Fairings for Bike