India is a huge country with a varied and exquisite culture. It has more than 1,400 million inhabitants and it is the cradle of culture in this part of the world, especially if we talk about Buddhism, Hinduism and other religions. The architecture of the country reflects its history, so today we are going to see the best palaces in India. Sure, if you have not gone on a trip yet, you will end up with a tremendous desire to pack your suitcase or backpack, get vaccinated and take a plane.

India is in the south of the Asian continent and borders the current nations of Pakistan, Nepal, China, Burma, Bangladesh and Bhutan. In the hands of different princes, it was gradually annexed to the British Empire, to achieve its total independence in the middle of the 20th century.

Surely you know Gandhi and his movement for independence of non-violence. The result was the sovereignty of India, a country today made up of 28 states and eight territories, which functions as a parliamentary democracy and has a thriving and important economy.

However, India has other facets as it has not been able to escape malnutrition, illiteracy and poverty. It is ambiguous, because at the same time that its economy does not stop growing and it has nuclear weapons… it is a country with an extremely poor population and great socioeconomic abysses.

The cultural heritage of India is fantastic and glorious past is reflected in an astonishing number of palaces and mansions created by kings, princes and maharajas who once reigned as absolute masters of this land.

This palace was designed in 1912 by a British architect. They were 15 years of constant works and the result is a building that combines styles: Muslim, Gothic, Rajput and Hindu. Its owners were members of the Woodyear’s family, the royal family of Mysore.

Today the palace is in good condition: a three-story stone palace with many courtyards, gardens and pavilions, as well as the gallery of royal portraits. The palace complex also includes twelve Hindu temples.

Visits are allowed but you cannot take photos inside. It opens every day from 10 am to 5:30 pm. Every Sunday and on holidays the palace is illuminated with 100,000 lamps, fantastic! From 7 to 7:45 pm.

This palace is in the well-known city of Jodhpur, on Chittar Hill. Like the previous palace, it is a 20th century building, as it was completed in 1943. It is even today one of the largest private residences in the world, with 347 rooms.

Today the Imaid Bhawan Palace is in the hands of the Mahraja Gaj Singh and has a museum with a rich collection of clocks, photographs, classic cars and embalmed leopards. The palace has a super luxurious exterior and an interior that combines the Art Deco style of the West with the classic revival with some Indian.

The palace also includes a hotel with only 64 rooms, managed by the Taj Hotel chain.

This palace is old because it dates from the 16th century. It is on a hill and has a beautiful panoramic view of Udaipur, the Aravali Mountain range and Lake Pichola. It also has a lovely mix of Mughal and Rajasthani styles.

The palace has beautiful interiors, with many mirrors, murals, marbles, silverware, and an infinity pool that spans the rooms. It is a popular tourist destination and a great way to experience royal luxury, in this case from the Mewar dynasty.

This palace once belonged to the Maharaja of Gwalior. It’s from the 19th century and it’s very European in style. It has three floors and also combines architectural styles. On the first floor the style is reminiscent of Tuscany, the second is more Italian, with Doric columns, and the third has a more Corinthian style.

The highlight of the palace is the beautiful Durbar Hall, with lots of gold, chandeliers and fluffy folders. Today it is a museum where you can see a good collection of ancient weapons, historical documents and historical objects.

It was built in the 19th century and was the official residence of the Nizams of the area. It has two courtyards, one to the south with four neo-classical style palaces, and one to the north with a huge corridor with a pond and fountain.

The Khilwat Mubarak Hall is spectacular and it is here that official religious ceremonies and events took place. Nowadays tourists can walk through both courtyards and see the hall, which combines Mughal and Persian styles, like the whole of the building.

Chowmahalla Palace, literally the name means four palaces, is open every day except Friday and national holidays, from 10 am to 5 pm.

It is one of the most popular palaces in India and one of the most beloved. It was built in 1732 and belonged to the Maharaja of Jaipur, Sawai Jai Singh II, king for 45 years. Before there were others, but he was the last.

In 1949 the kingdom of Jaipur joined India, but the building remained as the residence of the royal family. What kind of palace is it? It combines architectural styles, the European, the Rajput, the Mughal. It has many gardens, pavilions and temples.

The palace is known for its walkways designed like peacocks. Sightseeing is allowed from Monday to Sunday from 9 am to 5 pm.

This palace is impressive and is on a huge lot. It is said to be also the largest inhabited private residence as it is four times the size of Buckingham Palace.

It was the official residence of the royal family of Vadodara and their heirs still live here. The palace complex has several buildings, palaces, a museum and everything has furniture, art objects and paintings from around the world.

The interior is wonderful but so is the exterior, with its manicured, almost manicured gardens and a 10-hole golf course. Fortunately, the palace is open to visitors, every day except holidays and Mondays, from 9:30 am to 5 pm.

It is on Lake Pichola and was built in the 18th century. It belonged to the royal Mewar family and today it operates as a luxury hotel with lots of white marble. It has 83 rooms and suites and they say it is one of the most romantic hotels in existence.

As it is on the edge of a lake, boat rides are the order of the day. A fact: in 1983 it was the location of the James Bond film Octopussy. Its most popular guests were Queen Elizabeth, Vivien Leigh or Jaqueline Kennedy.

This palace was also converted into a luxury hotel. It belongs to the Taj Hotels hotel chain, since 2010, and it is splendid. It is built on a hill almost 610 meters high and thus has beautiful views of the well-known Pearl City.

This palace was once the royal home preserve of the Maharaja of Jaipur. Since 1857 it is also a hotel of the Taj Hotel group. Its rooms were converted into suites and today guests walk through opulent marble corridors and beautiful gardens.

These are just some of the best palaces in India. There are many more, as the wealth of the local dynasties was great. Luckily, they have survived to this day and in some way or another, either as tourists or as lucky guests, we can still visit them. 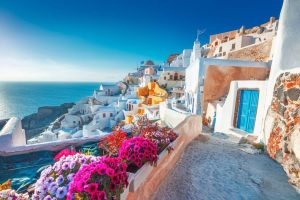 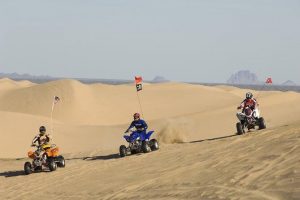