If you are thinking to buy a vehicle for the family which is able to take out for picnics and off roads. You must choose the SUV. The term SUV stands for ‘Sports Utility Vehicle’. It is designed to have a space of multiple passengers. It is also capable to drive off roads. SUV is useful for the people who drive off roads on weekends for mountain biking or canoeing. This article will help you to find the best used SUV under 2000. In addition, we have created a list of best used SUVs so you can choose wisely. Continue reading to explore.

Following is a list of used SUVs you are looking for:

With time SUVs are getting hype and more popular than ever. Besides the fact of its convenience and durability, SUVs are showing up in new and latest designs. Its growing styles may lead you to think that it is hard to get one. Its dynamics of driving on road are not getting faded anyways you can buy a used SUV for under $20000. Check out the details given below of the best SUV in your range.

By giving an amazing practical driving experience Mazda CX-5 made its name per se in decades. In 2007, the second generation of Mazda went on sale. This history brought the crossover SUV to the next level. It included sound insulation, better materials, and massive cargo space. The models from 2017 and 2018 are sold for less than $20,000. The range Mazda CX-5 delivers 2.5 lit four-cylinder engines, six-speed automatic.

Honda already has a solid image of producing reliable vehicles. And this one also has no doubts to count. Honda Pilot is a midsize SUV and has great cargo space. However, the range of Pilot is coming from 2016. Its initial models are under the range of $20,000. Generally, it has a capacity of carrying eight passengers at a time.

Forester fulfills most of the buyer’s needs. Subaru Forester gives a standard all-wheel drive, it also includes mesmerizing interior and offers you a highly stylized seating position. Including all these features this initial SUV has marks on appearance among others. It is equipped with 2.5 lit four-cylinder engines and a CCVT transmission.

The 2001 model of Highlander faced quick popularity. In the third generation which was released in 2004 Toyota broke the formula, it came out with an eight-passenger sitting capacity. Before it had the capacity for seven. Along with the latest generations, highlander offers adaptive cruise control, blind-spot monitoring, and lane-departure warnings.

Two-row SUVs were offered by the first generation of Ford Edge. Ford redesign the Edge in 2016. The second generation offers a lot of new technology. It has standard energetic equipment of a 2.0 lit four-cylinder engine. Additionally, many models of Ford Edge are equipped with a V6 engine and all-wheel drive. The new technologies are also coming in new models like blind-spot monitoring and lane departure warning .

These SUVs from Chevrolet are the largest ones existing. The specification of these SUVs offers magnetic ride control suspensions, large engine options, blind-spot monitoring, and a back screen camera.

KIA Sorento joined the midsize SUV league in 2016. It has turbo four-cylinder engines, and smooth ride and handling. It contains small seats even for children and has a capacity for seven passengers. The 2017 model has more convenient options than 2016. Such as Apple Carplay, Auto Android, and a blind-spot monitor.

RX is the next best option is used SUVs. It has a 3.5 lit V6 engine with the capability of 275 horsepower and 248 lb. ft of torque. However, it also has a fuel-efficient gas-electric hybrid powertrain. It produced 295 horsepower.

Accura is a luxury crossover SUV for $20,000. It has a powerful 3.5 lit V6 paired with speed automatic motives in all RDX. The availability of standard drive is front wheel, and all-wheel drive is available in the option.

Tucson has some amazing notable features. It contains an 8-inch infotainment screen along with Apple Carplay and Auto Android. Furthermore, in addition, there are extra features as well like; large panoramic moonroof, dual-zone climate control, and heated front seats.

It has the standard 2.0 lit four-cylinder engines paired with six-speed automatic transmission. On the other hand, in highly equipped models of Tucson 1.6 turbocharged four-cylinder is also available. 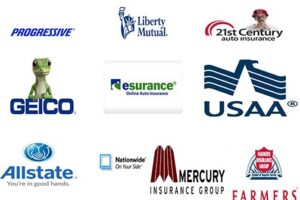 The Best Auto Insurance Companies in the United States 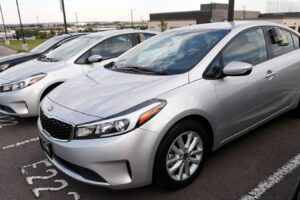 Best Places to Find and Buy Used Cars in the US 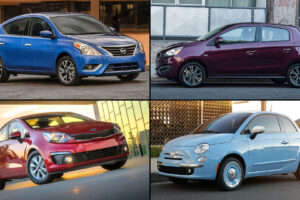