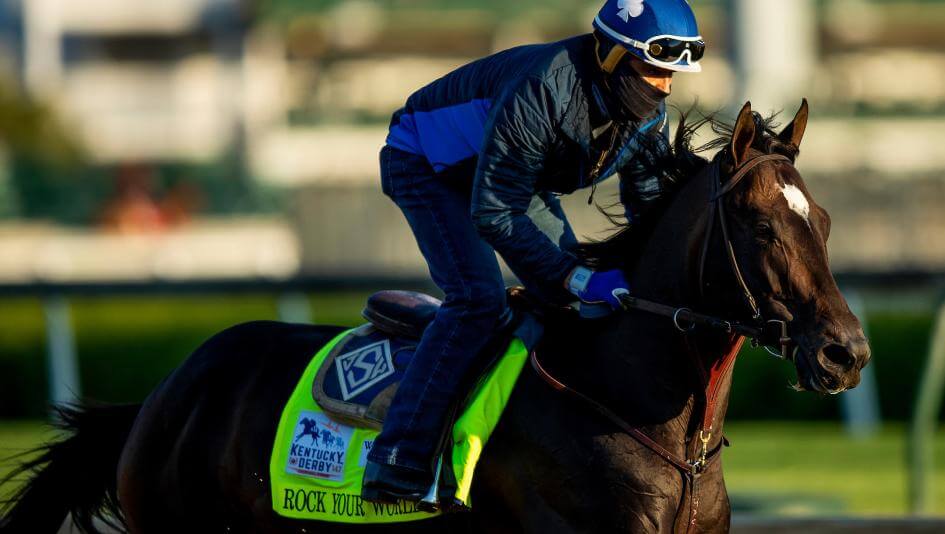 This year’s betting for the race shows. That it could one of the most open we have seen in recent years. And a number of contenders have leading chances based on the current odds. But, who are the current leading contenders to win the Kentucky Derby in 2022?

Epicenter is currently the horse at the top of the betting for the Kentucky Derby. And it’s hard to argue against his favoritism. In my opinion, he has been the standout selection throughout the prep races. That he has run, and has continued to progress with each start that he has made. He will come to Churchill Downs as a two-time graded race winner. With both wins coming at Fair Grounds this year.

His consistency can also be seen by his speed figures, as he has run to a figure of 97 on each of his last four starts. His latest win came in the G2 Louisiana Derby. As he was very impressive running clear of Zozos and Pioneer of Medina. The fact that he already has experience of Churchill Downs. As he broke his maiden at the track over a mile in November is also very encouraging.

There is always one horse that comes from absolutely nowhere on the Road to the Kentucky Derby. And that selection for the race in 2022 is Taiba for trainer Tim Yakteen. He will be the mount of Mike Smith, who last won this race in 2018 with Justify. The similarities with the Triple Crown winner don’t end there either, as Taiba also didn’t race as a two-year-old.

History only suggests how tough that trend has appeared to be in Kentucky Derby history. As Justify became the first horse to win the famous race without running aged two since Apollo in 1882.

But, Taiba was electrifying on his two starts this season, with his first only coming in March, as he won a maiden special weight. He looked like a potential superstar when stepped up for the G1 Santa Anita Derby. As he beat the widely-respected Messier with a speed figure of 102. However, the fact that he is so short in the betting and lacks experience in big fields is a big enough concern to put me off.

Zandon has always been a widely respected three-year-old, as experts have always conceded that he holds a lot of natural ability. However, piecing that together in competitive action had been his biggest issue throughout his career. Late last year, he finished second in the G2 Ramsen. Before he could only finish third in the G2 Risen Star. However, his day in the sun finally arrived in the G1 Blue Grass Stakes at Keeneland in early April. As he won the prestigious Grade 1 for trainer Chad Brown with a mighty speed figure of 107.

That all looks very encouraging on paper, but it’s hard to overlook the poor records of runners in that race in the Kentucky Derby. Only one horse that has run in the BlueGrass has produced a win in the opening Triple Crown race since Strike the Gold in 1991. And that winner came in the form of Street Sense in 2007, who was second in the BlueGrass. Questions remain around Zandon, and there is little time left to answer them.

Who Will Win The Kentucky Derby 2022?

This year’s race is one of the most challenging to predict at this early stage. As the draw will be crucial in helping to cut down the field. However, two that I feel are very overpriced in the current betting are Messier and Smile Happy. Messier was beaten by Taiba in the Santa Anita Derby, but still has proven form over the distance. And the step up isn’t likely to impact his chances too greatly.

Meanwhile, Smile Happy is building back towards his best form. Which came with a win at Churchill Downs in the G2 Kentucky Jockey Club Stakes last year. I expect him to come on further after his second in the G1 Blue Grass with a speed figure of 104.