There are several best antivirus for Windows 10, both free and paid. Here are the best ones to install on our computer and secure our data

Use Best Antivirus for Windows 10

Computer security nowadays is one of the main problems faced by users all over the world. The hackers are always ready to exploit the vulnerabilities present on the network to enter into users’ computers. The easiest way to defend yourself is to install a free Windows 10 antivirus.

Usually, you always go in search of a paid antivirus, not knowing that there are excellent free ones. With Windows 10, Microsoft has managed to improve the security of its operating system, investing time and money in the development of Windows Defender. The list of antiviruses for Windows 10 is really very long, fortunately, we can get help in choosing from a German company that every year draws up a ranking of the best software to protect our computer from malware and viruses. Here are the best free antivirus for Windows 10  and the best-paid software to install on your computer.

On Windows 10 unlike the other operating systems of Microsoft home, there is already an antivirus installed by default. It’s called Windows Defender and it has several functions. The question is, is this solution enough to protect our computer? The answer is not yet. Microsoft is working hard to improve its antivirus, but some improvements are still needed. With the release of Windows 10 Creators Update, Microsoft has ensured that Windows Defender will become one of the best free antivirus available on the market. For the time being, he has only received 3.5 out of 6 in the AV-TEST.

A paid solution that has reached the top in the AV-TEST classification is definitely Kaspersky Lab’s Internet Security 2017. In the tests, the antivirus obtained the maximum in all the tests carried out. Six stars in performance, protection, and ease of use. The base price is 50 euros for a year. If you are looking for antivirus on Windows 10, Internet Security 2017 is a fairly safe choice since the Russian company is one of the best cybersecurity realities in recent years.

Considered as the best Windows 10 antivirus, Bitdefender achieved (almost) the highest score in the AV-TEST ranking. Cheaper but not less performing, Bitdefender offers a very interesting program package. The package offered, like Kaspersky Lab, scored six stars in all the tests of the AV-TEST, except in the performances where it stopped at five and a half stars. The cost is lower than Kaspersky: the package that protects three devices for a year costs 30 euros on the company’s website. While Total Security which provides an always updated ransomware protection service costs 40 euros for a year and can be used on five different devices.

Top results also with the antivirus offered by Avira. The German company scored six stars in all the AV-TEST tests. And in general, it is considered by experts as one of the most recommended choices to protect your device. The protection-only package, which also includes anti-ransomware and an AI check, costs € 24 for a year. The complete package that optimizes computer performance and also offers VPN costs just under 60 euros instead.

Just off the podium but with very significant results in the AV-TEST we find the Japanese company Trend Micro. The company’s antivirus for Windows 10 is complete from all points of view and is simple to use even for users with less experience. The standard package that costs just under € 40 offers protection for minors online. It is also the best antivirus to defend against ransomware, one of the main dangers for inexperienced users. By purchasing the software you will also have a free antivirus for your smartphone or tablet.

Another of the companies that have been highlighted by the results of the AV-TEST is Quick Heal. The company missed the top three podia because it sinned slightly in optimizing the devices and their performance. However, it remains a recommended choice. Among the classic packages, and therefore not for companies but only for home networks, we find several offers. The cheapest goes from 30 euros to 50 to the most expensive. With the latter, we will have excellent anti-phishing, anti-spam and infected e-mail protection. In addition, the antivirus has particular protection to avoid theft of credentials on banking services and social accounts.

Norton offers a great way to protect yourself from malware and hacker attacks. It is not present in the list of the best three only for a problem related to ease of use. The Norton Security 2020 package, however, is suitable for large families and small businesses,  since the 60 euro software can protect 10 devices. The package that automatically backs up photos, financial files, and other important documents. And as confirmed, the AV-TEST will do it flawlessly. Definitely one of the most effective Windows 10 antivirus on the market.

McAfee represents another fairly well-known solution, also because it was developed by Intel Security. The company’s 2020 antivirus for Windows 10 has garnered excellent ratings, sinning only half a star in performance and protection. However, this is a good choice for your home computer. The basic package costs less than 30 euros and offers reliable protection from phishing and ransomware.

If you are looking for free antivirus for Windows 10, AVG  offers users two packages, one free and one paid. The free solution does not have many features but still offers excellent protection from viruses. As the splendid results in the AV-TEST demonstrate. In short, if you do not have the economic possibility of spending too much on an antivirus, it can be a good choice. The free version, however,  does not have protection for online purchases and does not have a block for spam and phishing. All features that the Pro version of 45 euros per year has. The version that has no limits to applicable devices. One flaw in customer support is in English only.

Let’s move on to the last two solutions. These are also free, although it should not be forgotten that the same companies also offer Premium packages. The first is Avast, one of the most downloaded antivirus for Windows 10 precisely because it is available for free. If we are looking for protection this is a good choice, much less in terms of device optimization and performance. In these cases, the antivirus will not give us a big hand. Avast free offers, in addition to protection from malware, also a control service for online games and a password manager function, really efficient and convenient. However, spam blocking, fake e-commerce protection and the saving and protection of our data are missing.

This is a solution that offers a first free trial period and then costs 2.99 euros per month. Panda Free also offers the opportunity to have no restrictions on devices that can be connected via a single account. In such a way that the already modest expenditure can be divided inside a shop or a house. In addition, it works on any device from the computer to the tablet, from the smartphone to the smartwatch. Panda Free offers a special protection system for photos and videos. And it also has intuitive parental control systems. In short, for a family, it is a good and fairly cheap solution. The flaw in functions for performance optimization. 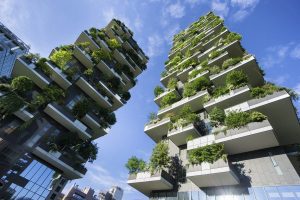 What is Vertical Farming?