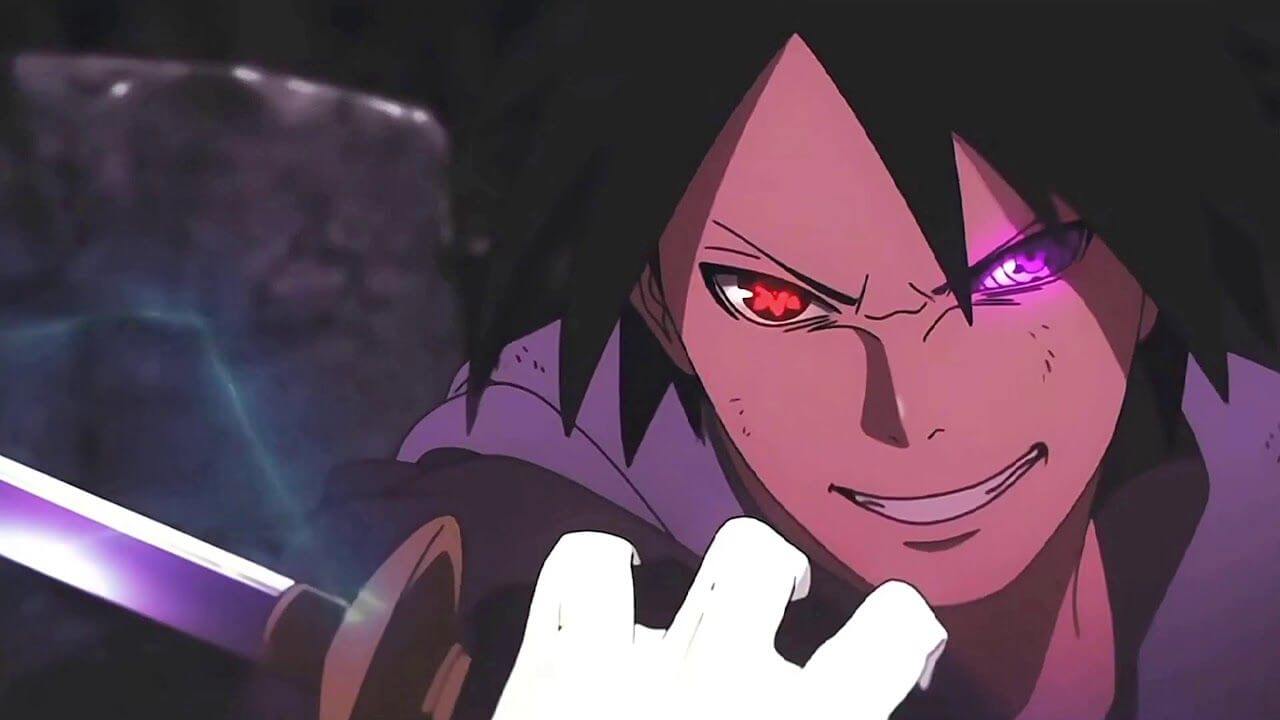 When Sasuke Uchiha is included in Team 7 together with Naruto Uzumaki and Sakura Haruno. He immediately shows a remarkable indifference towards his teammates, feeling superior to them. Sasuke believes in the fact that they cannot help him in any way in killing Itachi. This first impression of his companions will prove wrong: Sakura turns out to be an excellent source of information. And the competition with Naruto helps him to become stronger.

Although he always remains closed in on himself, Sasuke‘s trust in his companions will increase during the first part of the manga. Sasuke gets emotionally close to others and begins to risk his own life for the sake of his companions. Although with his death he could no longer take revenge on Itachi.

Although Sasuke lives a period of happiness in the Leaf Village. He will always keep alive the desire to increase his skills: during the first part of the manga. He will face increasingly stronger opponents, such as Haku and Gaara. Gradually discovering their points weak and learning to neutralize them.

Who is Sasuke Uchiha?

He was initially satisfied with his own improvements, but Naruto quickly improved at a much faster rate than his own. This, combined with a defeat suffered in a very short time by his brother Itachi during his foray into the Village, leads Sasuke to believe that his pace of improvement is decreasing. Trying to increase his strength, he begins to treat his friends as adversaries in order to better test his skills.

At the end of the fight, however, despite having the possibility to kill his friend. He will not do it, so as not to have to follow in Itachi‘s footsteps, going to Orochimaru instead.

In the two and a half years spent with Orochimaru, Sasuke‘s desire to kill Itachi becomes his only reason for living. He would give his body to Orochimaru if that meant killing his brother. Sometime later Sasuke rebels against Orochimaru after coming to the conclusion that he couldn’t teach him anything else of value.

After succeeding in his goal of bringing Itachi to death, and learning of how he was manipulated by Konoha. Sasuke becomes easy prey to Tobi‘s words and evil., being totally blinded by madness. So much so that he turns his hatred against the Leaf Village, wanting to destroy it. Prolonged use of ocular techniques has led Sasuke to almost total blindness. The boy then accepted Tobi‘s proposal to have his brother’s eyes transplanted.

Sasuke is a member of the Uchiha Clan, son of Fugaku and Mikoto, and younger brother of Itachi. From an early age, he showed great skills, but despite this. He grew up in the shadow of his older brother, who was the only one who recognized his talent. Sasuke greatly admired Itachi, but at the same time, he was jealous of his abilities, considered unique within the clan.

When Itachi began to distance himself from the clan, Sasuke was able to obtain the first recognition from his father, who taught him to use the Supreme Fireball Technique. One night, back from the academy, Sasuke found that his parents and the entire clan had been annihilated by Itachi.

Itachi explained to him that he never loved him and, before escaping from the Leaf Village. He encouraged him to become stronger and to challenge him on equal terms. From that moment on, Sasuke has the only desire to kill Itachi and avenge the clan, unaware of the truth that led Itachi to make that gesture.

The first part of the manga of Sasuke Uchiha

After being promoted to Genin, Sasuke joins Team 7, led by Kakashi, along with Naruto Uzumaki and Sakura Haruno. On the occasion of the first mission in the Land of Waves, Sasuke immediately demonstrates his exceptional skills, holding up to two Chunin of the Village of the Mist sent to kill Tazuna, the bridge builder and, moreover, he manages to fight on a par with Haku by activating the Sharingan for the first time, until he sacrifices himself to protect Naruto, apparently being killed.

Back in the Village, Sasuke participates with his team in the Chunin selection exams, being targeted by Orochimaru who, eager to take possession of his body and the Sharingan, marks him with the cursed Sign. During the subsequent clashes, Sasuke confronts Yoroi Akado and, later, Gaara, however, the clash will be interrupted and then continue unofficially; the ninja of the Sand will later be defeated by Naruto, who rushed to the aid of his companion.

After the attack on the Leaf Village, Sasuke discovers that Itachi has returned to the Village and, eager for revenge, goes to him to kill him. Despite his improvements, Sasuke is defeated and humiliated by his brother, who does not consider him strong enough to kill him.

Sasuke, after meeting with his brother and yet another humiliation suffered, which brings to mind all the pain he caused him, combined with anger at Naruto‘s continuous progress, thus comes to understand that he has to make a very specific choice to be able to face Itachi in the best possible way and increase his strength.

Get away from all the people with whom, up to that moment, he had established a certain bond, since that type of feeling would have hindered the other feeling present in his heart, that is hatred towards his brother, risking not to become strong enough to be able to carry out revenge for his Clan.

Later he will confess this to Naruto as well, during their fight at the Valley of the End, in which he will explain to this that it is because of the bonds that one suffers, but he, having not had a family of brothers, cannot understand what it really means to lose those bonds forever. Naruto admits that he doesn’t know what to feel, but that Sasuke is like a brother to him, being one of his first bonds, which is why he has no intention of losing him and letting him go to Orochimaru.

Sasuke tells Naruto that however the latter, like him, knows what it means to be alone, and that this leads people to be strong; for this reason, if he managed to break the bond with him too, his best friend, he would become even stronger, in addition to the fact that it was Itachi who told him that, in order to get the power of him, he would have to kill the very best friend of him.

Thinking therefore that this is the right way to focus on his goal, Sasuke decides to join Orochimaru to become powerful enough to be able to defeat Itachi. During his escape from the Village, he is stopped by Sakura who, always in love with him, decides to confess her love for her, hoping to make him stay. But Sasuke, after thanking her, knocks her girlfriend out of the way. So as to prevent her from following him, placing her on a bench.

Then he joins the Sound Quartet, who gives him the second level of the cursed sign. But during the journey, as already mentioned above, he meets Naruto who comes there to stop him. In the fight that follows he manages to win his friend but decides not to kill him. Also not to act as his brother had told him, choosing to obtain his power in his own way.

The second part of the manga

Sasuke, after training for about three years, will be found by team 7 (formed by Yamato, Naruto, Sai, and Sakura) who will face him to bring him back to the leaf, but in the fight that follows Sasuke seems to be much superior; the fight ends when Kabuto and Orochimaru convince Sasuke to let it go. Later Sasuke takes advantage of Orochimaru‘s rejection to kill him and form a new team, consisting of Suigetsu Hozuki, Karin, and Jugo. whose purpose is the killing of his older brother.

While searching for Itachi, Sasuke is forced to confront Deidara, only winning him thanks to Manda’s sacrifice. After recovering from the injuries of the previous fight, Sasuke finds Itachi, who is seriously ill, and, after a very hard fight, manages to eliminate him.

He is later recovered by Madara who reveals the truth about his brother: he was commissioned by councilors Danzo Shimura, Homura Mitokado, and Koharu Utatane (although the Third Hokage disagreed) to kill his clan because they were plotting a coup against the leaf. Sasuke then decides to destroy the Leaf and, after renaming his team to him in Taka, decides to join the Dawn Organization.

After the clash with Killer Bee, the leading force of the Eight-Tails Ox, Sasuke leaves for the village, but is blocked by Madara who informs him of the destruction of the Leaf by Pain and the appointment of Danzo as Sixth Hokage; Sasuke then decides to go to the Kage Summit in the Land of Iron to kill Danzo, one of those responsible for the extermination of his clan.

Here, after fighting Raikage A, Kazekage Gaara, Mizukage Mei Terumi, Tsuchikage Onoki, and their respective bodyguards practically alone, he is later rescued by Madara who teleports him to Danzo. After a very hard fight, Sasuke manages to kill Danzo, but the rest of Team 7 intervenes on the spot with whom Sasuke engages in a short fight. Later Sasuke is teleported to one of Alba’s lairs by Madara who, at his request, transplants Itachi‘s eyes, keeping him under surveillance via the white Zetsu.

Sasuke, after taking off the bandages, kills the white Zetsu, who had been placed by Tobi to guard the Uchiha, to test his new powers and escapes from the lair to go to Naruto, but meets his brother Itachi with whom he begins to ask him about the tragic end of his clan and the reason for its appearance.

At the beginning of the manga, Sasuke is already a ninja with great skills, as unlike not only his companions, but also all the other aspiring genin, he is able to use the manipulation of nature, in his case the Katon, and good taijutsu with which he will come to touch the bells of Kakashi by himself. Sasuke commonly uses the Sharingan, innate ability of his clan, thanks to which he is able to predict the enemy’s moves and copy his opponents’ techniques.

Sasuke develops the Sharingan for most of the duration of the first series. In the second part of the manga, Sasuke has greatly improved the skills of his Sharingan, perfecting him in genjutsu, with which he is able to confuse the enemy.

Sasuke Uchiha in Forest of Death

During the fight in the Forest of Death, Sasuke obtained the Cursed Sign from Orochimaru, which increases not only physical strength but also speed. The Quartet of Sound allows him to evolve his cursed sign to the second level, but, above all, his Sharingan which reaches three tomoe for each eye. In this version, Sasuke changes significantly in appearance: his skin becomes dark gray, his hair grows, becoming lighter, and also two wings in the shape of hands emerge from his back.

During Orochimaru‘s training, Sasuke improves all of his physical abilities and is able to access all the skills of Orochimaru, including the summoning of snakes. After defeating and absorbing Orochimaru temporarily, Sasuke gains special abilities, including accelerated healing from battle wounds. During the fight with Itachi, however, Sasuke loses almost all the techniques of the Sannin, including the cursed sign. 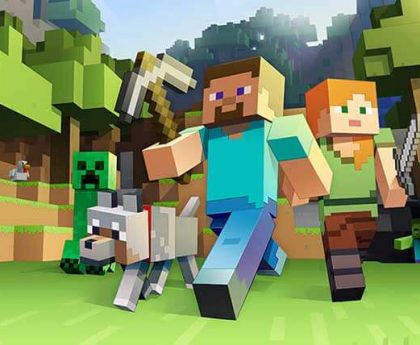 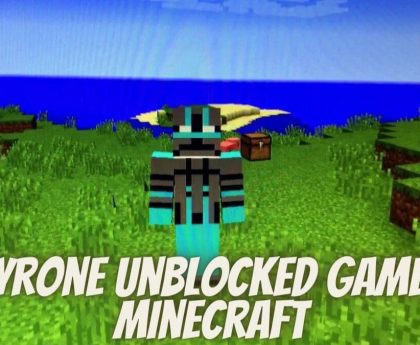