Skip to content
Home Technology What is Cloud Scaling Basics and What Options we have?

Modern computing systems, including cloud ones, are constantly faced with increased loads.  To meet the needs of all users, they are forced to constantly expand.  This is achieved by modifying the underlying architecture.  It gradually becomes more complex and ramified.  New software resources are used to adjust performance for consumer needs.  Servers also need expansion.  One of the most effective ways to put all of this into practice is scaling.  Let’s get acquainted with this technology in more detail.  We will define what scalability is and how to implement it in practice in order to get the maximum effect on the business processes of your company.

Cloud scalability: a definition of what it is

Scalability computing is the most feasible way to improve system performance by adding computing resources.  We are talking about both hardware and software changes, additions, extensions.  To put this into practice, you need to rewrite the existing code.  But far from every business is decided on such drastic changes.  They simply stop building up the hardware structure and make changes to the server system that meets their needs at a given time.

Many in the business are convinced that scaling is worth resorting to when the overall performance of the cloud system is insufficient to efficiently manage workflows. But it is not so. Even with a stable and efficient architecture, lags are possible due to increased user traffic.  And not a single company is insured against this.

You can check how resistant your structure is to overloads with special load tester utilities.  They artificially form an increased flow of users to the server, increasing requests by an order of magnitude.  After launching the application, it is necessary to evaluate 2 parameters:

1. The total number of requests.

2. The number of requests coming in at the same time.

Based on these data, the number of requests per second is determined – RPS.  This is a metric that lets you know the number of requests that your business server system can handle at a given point in time.  This way you will find out at what concurrent influx of users your server will “crash”.  It only remains to assess the capabilities of the company.  If such a picture turns out to be quite real, then, in the near future, it is necessary to think about modifying the architecture so that it can be easily and quickly scaled, in parallel with the appearance of such a need.

This solution is worth resorting to when it is not possible to change the server configuration and optimize the cash out procedures.

You can scale cloud resources using:

1. Vertical extensions.  Vertical scaling is implemented in practice by increasing the overall capacity of business processes by increasing the efficiency of internal server resources.  We are talking about hardware solutions: processors, disks, memory, network capacity.  In this case, the server itself remains unchanged in its basic form.  The build-up goes up, that is, vertically.

2. Expansion horizontally.  Vertical scaling is doomed to fail when traffic and digital load are constantly growing at a high enough rate.  The technical specification of the underlying server will not be able to correctly respond to such an increase in requests, which will cause restrictions and problems in operation.  And then it is worth using it to increase power horizontally.  That is, horizontal scaling is an increase in computing resources by adding additional identical nodes on top of a working architecture.  For such an idea to work and give the desired effect, it is necessary to have a stable server infrastructure, that is, a data processing center and to build a coordinated scheme of interaction between individual servers.

3. Diagonal expansion.  The most innovative level of service, which is used when even horizontal scaling does not allow covering all user requests and ensuring the stable flow of internal business processes.  Diagonal enlargement simultaneously enlarges on both sides: horizontal and vertical scaling.  In practice, horizontally expanded nodes in the server infrastructure are grown vertically.

To determine the best way to scale, you need to assess the needs of the business in the future. 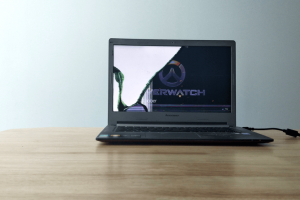 Fun and Interesting Side Hustles for Computer Geeks in Malaysia

How To Be Master Of Aws Systems?

How to Fix Error 0x0 0x0 Permanently in Windows?