With the introduction of the Oceania Data Center in FFXIV. Players are hopeful that the server congestion issues put to an end this year.

Final Fantasy XIV players rejoiced at the launch of the new Oceania Data Center in the hopes that it would alleviate the problem of long queue times. Oceanic players have waited for years to get their own server to join and enjoy Eorzea, and until now, those adventurers have had to settle for poor connection while they farm FF14 Gil on the North American, Japanese, or European Data Centers.

This makes the Oceania Data Center a huge step in alleviating the frustrating server congestion issues which players have been facing since before the early access period of the Endwalker expansion. The new server launched alongside Patch 6.08 and will be accessible for new character creation, along with Home World Transfers being permitted a day after its release. Could this be the answer to the current problems that FFXIV faces?

To give players a push to move to Materia, Square Enix gave a few different incentives, the most valuable of which is the level 80 experience boost. If you haven’t started the Endwalker expansion yet, this could be a fantastic way to easily catch up and get ready. The other bonuses work out a few different ways, here are the details:

Note that all of these bonuses will remain active until each world has reached a certain number of players. Once a world has been removed from the “Preferred World” category, the bonuses are no longer applied.

As the player base has risen exponentially, fans have faced multiple problems. FFXIV players started receiving Error 2002 in early December 2021, which indicated that too many characters were trying to log into across the same Data Center. This wasn’t the first struggle that the community when trying to enjoy the expansion. Another issue occurred when players were being kicked out viewing the long end-credit scenes after each expansion.

What’s more, the global shortage of semiconductors has dramatically slowed down the server-making process. This led to the server congestion around mid-December becoming so bad that Square Enix decided it was going to suspend sales of the FFXIV Starter and Compete Editions. Now, since we finally have a new Data Center onboard, there may be a glimpse of the end of the game’s server congestion.

The First Step to Progress

Four Worlds added to the European Data Centers starting July 2022. While North American players can also expect four Worlds to add around April 2022. The devs commented that more server expansions made in the future, but in the meantime. These extra Worlds should help reduce congestion tremendously.

The Oceania Data Center is no doubt a major step forward to bring player login time back to normal levels. The FFXIV community has faced frustrating issues as a result of server congestion. With many’s progress of farming FFXIV Gil hindered. However, the future is at least looking bright for both the development team and players. As new Worlds are now being steadily created. What do you think about the addition of the Oceania Data Center? Let us know down below! 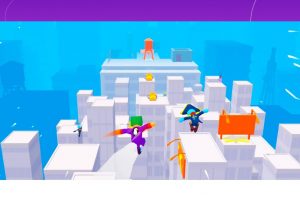 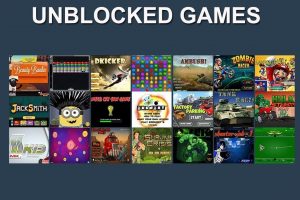