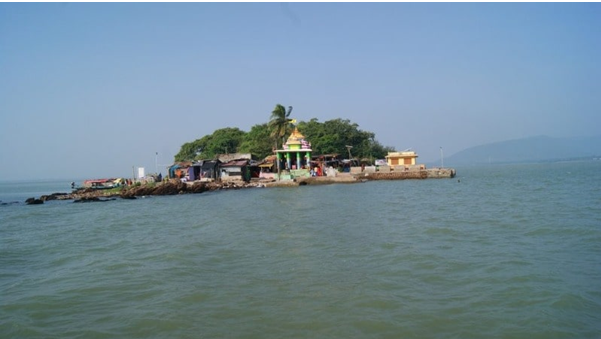 TRIP TO PURI IN ODISHA: THINGS NOT TO MISS

Odisha a state in the eastern coast of India, is a state rich in culture and heritage along with natural beauty in abundance. The tourist spots in the state are popular as “the best kept secrets of India” and truly so. There are several beautiful spots in Odisha which are yet to be explored and waiting for tourist footfall. However, Puri the most famous tourist destination Odisha needs no introduction. It is the home to Lord Shree Jagannath and is quite famous world over.

Puri is not only a famous tourist destination, but also has equal importance for the followers of Hinduism. Puri is one of the “Char Dham’s” according to Hindu mythology. Millions of tourists from around the world throng this place round the year. Since it lies on the coast of the mighty Bay of Bengal, it also has a beautiful sea beach. We bring you a list of places to visit in Puri.

Shree Jagannath temple in Puri, is the most prominent tourist place of the state as it completes the char dhamin India. The history and legacy of Puri dates back to the 3rd century BC. It houses the most important temple for followers of Hinduism, the temple of Lord Shree Jagannath. This 12th Century architectural marvel depicts the true Kalingan style of temple designing and boasts of the rich heritage and culture of the state. This temple is a no miss destination for tourists travelling to Puri. This temple is witness to several attacks by Muslim rulers mostly to plunder the wealth of the temple.

Puri along with Konark and Bhubaneswar completes the golden triangle and forms the most important part Odisha tourism. Although royal states do not exist in India today, the heirs of the Gajapati Dynasty of Khurda still play out the ceremonial obligations of the temple. One most prominent festival of this temple is the annual chariot festival popular as the “Rath Yatra”. Puri sees a footfall of more than ten million during this festival. This city is also popular because of the “Matha Culture”. Hundreds of age oldMathas (some even older than 1000 years) housings saints and preachers of Jagannath culture can be seen all around the city.

This city remained under British rule from 1803 until the freedom of India in August 1947. Although there are several other spots of tourist interest in and around Puri, this temple definitely tops the list due to its religious and cultural importance.

If something that comes into the mind of a traveler to Puri after the temple of Lord Shree Jagannath is the golden beach of Puri. One would love the feeling of flowing sand below his feet at this beach. Quite close to the famous temple, one can easily hear the roar of the beach from quite a distance. The sand here is golden brown and the beach itself is quite beautiful. The view of Sunrise and Sunset at this place is quite spectacular and is quite an unique experience in itself. Although, the main beach area remains crowded most of the times, there is also a second part of the beach which is quite, serene and less crowded.

Hence, if you are looking for some peace and tranquility you can always prefer the second part of the beach.Also one can find make shift market on the beach during the evening time. Here you can buy a variety of dazzling souvenirs or just stare at variety of shell’s and conches. This is also one of the best places to enjoy some mouth watering sea-food. There are several hotels and lodges just opposite to the beach, in case you decide to spend a few days close to the beach.

Yet another must visit place close to Puri is the Chilika Lake. This is a salty water lagoon that mixes with Bay of Bengal and is one of the top tourist destinations of the state. It is hard to describe the beauty of this lake in words. Chilika lake is situated at a distance of about 70 Kilometers from Puri and is one of the best places to spot migratory birds in entire Asia. It witnesses migration of more than 160 species of migratory birds during the winters numbering in millions usually. Because of this important phenomena along with its rich bio-diversity, this place has been declared as a protected bird sanctuary by Govt. of Odisha.

This lake spreads across three districts namely Puri, Khurda and Ganjam covering over 1,100 Kms. Its rich and diverse eco system is home to the rare  Irrawaddy dolphins. There are several islands within this lake, most famous being the “Kalijai island” which has a beautiful temple. Hence don’t forget to take a boat ride to these islands. Best time to visit this lake is in winters when one can witness the apex beauty of this place and the watch the migratory birds. Because of these beautiful and interesting tourist attractions, a visit to Puri becomes all the more important while in Odisha, India. Thanks for reading this article.