Which Are The Top Digital Currencies In 2020? 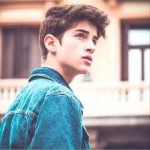 In this contemporary era of the tech-savvy world, we often experience the emergence of new technologies with new unique features, which sets them apart from the old technologies which we have been familiar with so far. Cryptocurrency is one such example of new digital technology that created a wave among millions of people all over the world. Now it has been decades since these cryptocurrencies have seen so many ups and downs in their prices. Today, we are going to list some of the top digital currencies in 2020 according to the cryptocurrency market ranking chart.

Many industry experts questioned about these new financial technology inventions and studying about crypto coin market, now deeply think about its future as an investment asset. Though some skeptics doubted about its long term existence due to factors like volatility and money laundering. There are serious risks involved in this new decentralized financial platform, but every technology has its pros and cons. So better adhere to preventive measures to save yourself from money loss.

If you are abreast of the latest crypto news, some companies are not convinced with the authenticity of cryptocurrency and have taken the step to ban its use. However, it does not affect its popularity and has been accepted by big companies like Shopify, and JP Morgan. This indicates the rising growth of cryptocurrency in fiscal society. Now there is a curiosity among many crypto enthusiasts and investors, to know about the top digital currencies in 2020, which are dominating the market.

So coming up with the top digital currencies in 2020, here is the list topping with:

Topping the list is none other than the foremost cryptocurrency, Bitcoin. This worldwide digital currency was launched in the year 2009 by Satoshi Nakamoto on 3rd January. The stories of Bitcoin millionaires which also included the name of Akshay Haldipur, an Indian Bitcoin millionaire, states the example of Bitcoin’s forefront status in the market. According to its whitepaper, it eliminated the role of middleman and central authorities like government and banks. If you have been following the latest news on cryptocurrency, then you might come to know about three-fourth mining of Bitcoin, indicating its value to move further.

If you have been following altcoin news, then you must be aware of Litecoin, a hard fork that caused a split of Bitcoin in two parts. The major difference that sets Litecoin apart from Bitcoin is its timing of the transaction, which is four-time speedier than the latter crypto coin (Bitcoin). Besides this, Litecoin also has around 25 block rewards exceeding much to Bitcoin’s block which is 12.5. So it makes it worthy cryptocurrency in the list of top digital currencies in 2020.

Another name that joins the list of top digital currencies in 2020 is Ripple. This cryptocurrency was launched as an alternative option for cash and is much preferred by business institutions, instead of individuals. It is hardly a matter of a few seconds in sending Ripple coins from one wallet to another wallet. But contrary to its rival crypto coins, it differs from them for following on a centralized process. You need to know that the supply of XRP is monitored by Ripple Labs.

Although the process of mining in Monero is very snail-like in comparison to its rival crypto coin, Bitcoin, its algorithm is efficient enough to target the maximum user base. The major reasons that have led to Monero get listed among the top digital currencies in 2020 are promising features including privacy and security that helps to keep transactions concealed and free from getting traced. The use of cryptography also becomes a benefitting factor in saving addresses (sending and receiving) and amounts that are transacted.

Ethereum who came much after Bitcoin in 2015, is popularly considered as the next best competitor to the latter coin. Where Bitcoin works on the P2P digital concept, Ethereum, on the other hand, adheres to smart contract applications. If Bitcoin is in the list of top digital currencies in 2020, then how can Ethereum be left behind.

So these are some of the top digital currencies in 2020. In today’s new economic scenario, cryptocurrency has set a new trend in being a decentralized mode of finance and an alternative to traditional currencies. There might be differences in opinions by people, experts, or even countries that have banned the trading of cryptocurrencies. However, it has no effect on its popularity and is widely welcomed by big corporate organizations for digital transactions daily. It is not merely the reason for being the first cryptocurrency, or global acceptance. It is because, Bitcoin has a fintech ecosystem and other useful features, that makes it above from competitors.

How To Generate Leads For Claim Adjuster Companies?