Work From Home Essentials: Choosing a UPS for Your Computer System 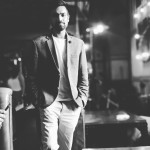 In simple terms, a UPS battery backup power is a system that creates a sustained period of backup power that is long enough for a piece of equipment or device to safely shut down in the case of a power default. It helps in mitigating the loss of precious data & work while at the same time lowering the pressure a hard shutdown can result in electrical equipment. A UPS also performs functions akin to that of a surge protector. It safeguards connected devices from power issues which result from surges or irregular voltages, which can go on to shorten the life-span and output of a device. While picking a back-UPS for your home, it is critical to keep the following points in mind –

A UPS comes with several outlets. That’s why it is critical to define the number of devices that are to be linked to it. At smart home, the devices that would regularly require the need of UPS connections are generally a router, modem, and – occasionally – a mini server. On the other hand, for bigger businesses that require an industrial UPS, the need for electric support will be way higher. Generally speaking, it is safe to choose a system with two more than the actual requirement, just to be sure.

If the devices require more power than the UPS can generate, then the device will not be able to function. It can be compared to a computer’s power management system– if the wattage is below the needs of the computer, it is a problem.

While estimating the amount of power required is important, it is equally vital to evaluate the amount of time a user is expecting his/her UPS to function in the case of a blackout or power failure. Some users may only need a back-UPS for just a few minutes, just to save some important work and then turn off the system – without it being damaged. On the other hand, some individuals may need the system to function throughout the power outage. This is why it’s essential for a user to study their own requirements before looking to install a back UPS.

There is a diverse range of back-UPS options to pick from, all of which facilitate unique features of the system. Even the most basic consumer-level models offer functions such as disconnecting battery notifications, USB connectivity, and a software system that can be administered via a computer to customise settings while viewing power consumption patterns.

A UPS in normal conditions has a lifespan similar to that of its internal battery – and commonly, that can is estimated to be about two to three years. The reason attributing to this is that batteries normally deteriorate over time, especially when fully charged. UPS batteries – in their normal state – are charged all the time. Warranties are generally around the three-year mark – the perfect time period to cover the lifespan of the battery.

READ  Alexa App – What are its Skills, Benefits and How to set up

While we’re all at home working, it is essential to have an uninterrupted battery supply at all times. This is why it makes sense to invest in a reliable and efficient back-UPS or smart UPS. There are several electrical management companies in this domain like #SchneiderElectric.

Erric Ravi is an entrepreneur, speaker & the founder of Storify News and Recent News He is the Co-Founder of The Storify News Times. Forbes calls him a top influencer of Chief Marketing Officers and the world’s top social marketing talent. Entrepreneur lists him among 50 online marketing influencers to watch. Inc.com has him on the list of 20 digital marketing experts to follow on Twitter. Oanalytica named him #1 Global Content Marketing Influencer. BizHUMM ranks him as the world’s #1 business blogger.

Where you Can Get Horse Rugs in Australia