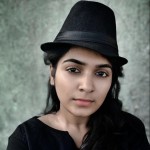 Electricity is a vital commodity, and the nation needs to use it sensibly in order to prevent total exhaustion. To keep its commitment to the Electricity Act 2003, the Ministry of Power has come up with some bold steps concerning power distribution reforms. Because electricity needs to reach people across the country via the proper system of organization, production, transmission, and distribution, inefficiencies caused in the supply chain may affect the consumer.

When it comes to the supply chain, India is highly advanced in the production and transmission sectors. However, the technology lacks in the distribution sector, excluding the private power distribution companies in India.

Why is there resistance regarding power distribution reforms?

It has been noticed that there is defiance on the part of the state governments concerning the power distribution reforms. State governments believe that some of the reforms could result in the Central Government abdicating their power, making them powerless in certain decision-making processes.

READ  Which Are the Best Hoverboards to Buy?

It is important for the States to understand that Indians prefer infrastructure development along with improvements in public goods and amenities over short-term benefits like free electricity. This is not only unsustainable, but the benefits are inclined towards undeserving consumers. Indian people are intelligent enough to discriminate between what is good and what is bad. An average Indian wants to lead a comfortable life.

India majorly houses the younger generation who are exposed to the digital world. Some have had stints in developed nations due to study and work. They want to experience the same environment in India as well, regarding infrastructure, public goods, and basic amenities like electricity.

The good news is that this understanding has penetrated among the Indian leaders to a great extent. They now know that the developmental policies work for winning the elections and not just for the development of the nation.

What the New Distribution Reform is All About?

Under the distribution reforms of the new Electricity Bill 2020, it tells to replace the cross-subsidy with a direct subsidy to consumers, and that too without hindering the existing tariff. This makes it cost-reflective. This reform is believed to bring a radical change, propelling the nation to progress. The concept of direct subsidy was proposed long ago, but it was implemented for the direct transfer of LPG gas subsidy on a larger scale with the PAHAL Scheme (Pratyaksh Hastantarit Labh) in 2014 in November across the country.

READ  How to Fix Common Netgear Router Issues Within Minutes

The scheme was entitled to benefit underprivileged consumers. It is not that the really disadvantaged consumers should not have access to cheaper resources, like gas and electricity, but this scheme was designed to address this issue. The Central Government can club all the direct transfer subsidies into a comprehensive subsidy scheme. To cater to this need, the money raised through direct subsidy could come through taxes, which can be increased as per the requirement. India still comes under the category of ‘developing nations,’ and if we want our nation to progress, we have to establish world-class manufacturing facilities across India. This is the primary objective of the “Make in India” campaign proposed by the Indian Government. If manufacturing is done in India, industries will get cheaper tariffs.

Presently, the tariff charged to industrial consumers is the highest across all categories. If we look into the developed nations, their industrial tariff is much lower than what is charged to the residential consumers. This makes it almost impossible for our industries to compete globally as the tariffs on electricity are unfavorable. In some of the industries, electricity tariff is the major input cost.

Electricity is an important commodity, along with air and water. If it is given free, like under the cross-subsidy, it is likely to result in wastage. That is, since farmers get electricity at very low prices or even free, it is noted that the water is pumped beyond the need, causing groundwater depletion, and water wastage. If cross-subsidy is removed and replaced by direct subsidy, people will be more careful in using electricity.

Also Read: Tips Online Shoppers Should Look into in 2021

What Are The Upcoming Trends For Mobile App Development

How To Create An Amazing Whiteboard Animation Video

Perfect Things to do for an Indian Bride

Purchase an Instagram SMM Panel for Low-Cost Likes and Followers.

What Is This New Kratom Called ‘Train Wreck’?

How do you know if honey is pure?