Bitcoin is to cryptocurrency is watching Captain America is to the Avengers. It is the first, and it will always remain a leader and be ready in its value. Bitcoin mining is the technology demonstrator for cryptocurrency and blockchain technology. The introduction of bitcoin by Satoshi Nakamoto is considered a turning point in recordkeeping, information transmission, authentication, and finance in general

Bitcoin was once thought to be yet another fanciful figment of imagination that had no element of tangibility. There was a time when 50 bitcoins were not sellable for $.10. Today, a single bitcoin is worth more than $50,000 and is being considered as one of the most lucrative asset classes in addition to being a trustworthy hedge fund.

All these bits of information might also tempt any person to earn their own bitcoins. There are different ways to earn your own bitcoin or any other cryptocurrency, for that matter.

The most classic method of earning bitcoins is through a process called mining. Mining is, in essence, as the term implies, a way to “dig“ bitcoins through a labor-intensive process, albeit technically.

Let us digress a bit to talk about how bitcoin mining works.

The bitcoin and any other crypto coin exist on the distributed ledger called the blockchain. The blockchain, as the name implies, is a “chain” of “blocks.” Every block that gets appended to the chain is a result of a mathematical equation being solved.

It requires quite some computing and electrical power to help solve these mathematical equations. This is, in effect, an investment. The reward for the investment is that the person whose computer helps solve the mathematical problem is given bitcoins. Every new block added would mean that a fixed amount is rewarded to them, and the amount gets cut by 50% every four years. For example, in 2009, a user who helped in adding a block was rewarded 50 BTC. Today, for the same task, the user is awarded 6.25 BTC.

This reward is one of the most straightforward and simple ways to earn your bitcoin.

With every passing day, the complexity of the mathematical equation gets more complicated. The increase in the magnitude of complication can be attributed to the complexity of hashing that is used to secure the data on the blockchain.

All such bitcoins earned by mining are deposited in special software manifestations called a bitcoin wallet. A wallet is used more as an address indicator for storage rather than for storage itself. There are different types of bitcoin wallets that a user can consider using.

Why Mining? — The Legal Dimension

There might be a few other ways to earn your crypto coins. However, nothing is as simple and straightforward as mining. Mining does not rely on pricing uncertainties or market fluctuations. Although there might be an element of change in complexity, the change is almost linear and predictable, making it easy for any person to earn their crypto rewards.

In some countries, however, cryptocurrency mining is considered illegal. The world is yet to catch up with the different aspects of cryptocurrency, and the legal systems have not been refined yet to match up with the speeds at which the crypto world is growing. Therefore, when you mine bitcoins, it needs to be taken into consideration that your activity might, at times, be considered an illegal financial act.

How to mine Bitcoins?

We have seen the process of mining as something simple and straightforward. Today, when we were to look at it as a practical matter of earning bitcoins, we need to put together a lot of elements to ensure it happens without any hassle and difficulty.

Good hardware is key to mining. It is not possible to mine bitcoins with simple home computers. It needs to be noted that using such equipment will not give you the power it requires to mine bitcoins but will only end up wasting your electricity. There are a few high-performance machines designed for bitcoin mining like ASIC miners. These integrated circuit mining machines will ensure that they optimally use your computing and power resources to get you the bitcoins you deserve.

We have already seen that the bitcoin mining space is extremely competitive. Just like every other task, tagging along with a team of bitcoin miners is a lot more beneficial than going all alone. Bitcoin miners join bitcoin mining pools which are, in essence, a group of people with similar bitcoin interests. You can share your hash rate and receive a payout. This payout will be based on the hash rate percentage that you intend to share with the pool. These bitcoin mining tools function like an equal opportunity shared profit platform.

The Other Ways To Earn Bitcoins

Now that bitcoin mining has become difficult, there are different ways in which you can alternatively get or earn your bitcoins.

Cryptocurrency exchanges have established themselves as dependable sources to get bitcoins in exchange for other crypto coins. Some exchanges even allow purchasing of bitcoins or any other crypto coin with fiat currency. This is one of the most straightforward ways to get your bitcoin without investing in high-end hardware and bitcoin mining software, but it does not, however, fall into the spectrum of bitcoin mining.

There are a lot of companies around the planet that provide solutions for both your hardware and software needs for bitcoin mining. All you need to do is get in touch with them, and they will take care to set things up for you, so you can start mining your bitcoin and make a huge chunk of profit! 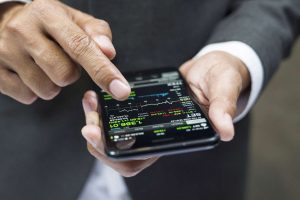 Up Your Cryptocurrency Investment Game With These Tips 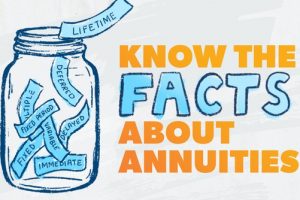 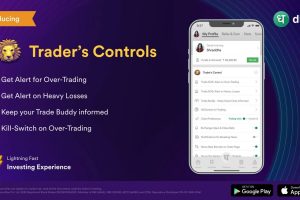