Skip to content
Home Technology Is Defragmenting Hard Drive Good or Bad for My Computer?

We use computers to save, backup, edit or restore information that we need more often or wish to prevent for future use. We do a lot of addition and removal from our hard drive on a monthly basis and that creates fragmented sectors on the hard drive. Earlier when the hard drive storage used to be limited to 128 GB, it was important for us to run disk defragmenter more often however hard drives these days allows us a lot of space and the frequency of disk defrag can be reduced.

This article is all about your concerns related to disk defragmenter as should you perform disk defragmentation, how often, when, how and on which partition? You can perform this task manually or make use of one of the Best Disk Defragmenter Software for Windows to defrag your computer and get the optimum performance. Let’s get into every piece of information that you need to know!

Disk Defragmentation is a process to defragment the fragmented clusters back in shape. It is also known as ‘Defrag’ or ‘Defragging’ that rearrange the data saved on your hard drive so that related bits of data can be put together. It’s like cleaning the house and rearranging the stuff back to its place to have more organized space on the hard drive. As and when we read, edit, add or delete data, the fragmented space is created that slows down the PC. Disk defragmentation reorganizes the data on the hard drive and saves our precious space on the drive.

See also  Payroll Software: Everything You Need To Know

·         May experience no boof issues due to a fragmented hard drive.

·         Backup abortion, timed out responses due to large backup files.

·         Increased file corruption and data losses due to system crashes.

There are several benefits of performing regular disk defragmentation.

Is Defragmentation Good or Bad?

The role of Disk Defragmentation totally depends on the type of hard drive you use. You should Disk Defragment a hard drive only if the disk space is full or it has reached 70% of its capacity. On the other hand, gone are those days when the speed of disk rotation was a challenge. Hard drives earlier used to rotate 1200 Rounds Per Minute (RPM) to 2200 RPM but in today’s laptops, we get 5400 RPM to 7200 RPM capacity drives that are swift enough for faster data read-write capacity.

As per the study, disk defragmentation is fruitful on old hard drives as it enhances the speed and performance however if you more often perform disk defrag on new hard drives, you’ll end up shortening its life. In nutshell, don’t defrag new hard drives more often until it runs out of space and the frequency should be rare.

Is Defragging required on SDD?

Modern computers and Solid-State Drives (SSDs) are smart enough to keep a track of what the user read or write how often. It automatically arranges the data as per the frequency of its usage at the beginning, centre, or at the end of the spin read. Even if you perform disk defragment on SDD, you will not notice any difference.

On SDDs, it is NOT recommended to run a disk defrag as it is not required and will do no good. Running disk defragmentation is more beneficial on HDDs formatted with FAT 32 file systems. Mechanical drivers are different than SSDs in terms of performance.

How should You Run a Disk Defrag?

Windows operating system comes with built-in Disk Defragmentation feature that you can use if you can perform it on a regular interval. If you can’t take care of all sort of permutations and combinations, it is wise to use a defragmentation software to perform disk defrag on Windows 10. 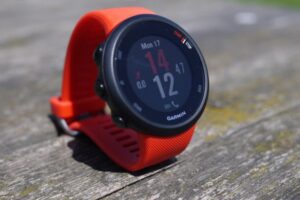 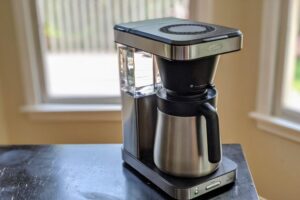 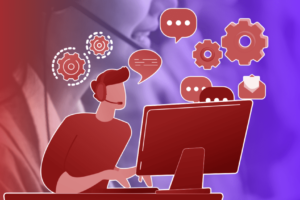