Skip to content
Home Education How Music can be a valid support to calm Pain?

In recent years, research has increasingly increased concerning the very close relationship between the mind and music and many studies have dealt with the ability of music to reduce pain in the health sector, both in the case of surgery and in case of chronic diseases.

In case of surgical interventions various experiments have been done.

Here are some examples:

In an experiment with patients undergoing minor surgeries, music was found to be as effective as anti-anxiety drugs. The study was carried out as follows: half of the patients were assigned to listen to their favorite music, the other half were administered anxiolytic drugs. Data relating to anxiety and levels of the stress hormone cortisol were recorded. The result was that patients who listened to music had the same decrease in anxiety and the same cortisol levels as those who were treated with anxiolytic drugs.

Another study demonstrated the ability of music to reduce pain and anxiety in the emergency room: this study involved 38 patients who presented to an emergency room with injuries that required stitches. These patients were divided into two groups: one group was found without his knowledge in a room with background music while undergoing surgical procedures. The other group was treated in the usual way, without music. Patients belonging to the group that listened to the music complained less pain during the surgery than those of the other group.

Researchers at the Duke Cancer Institute in North Carolina found that playing a Bach concert on headphones for prostate biopsy patients reduced anxiety, discomfort and panic in a way that quantifiable. Overall, the procedure causes a spike in diastolic pressure that did not occur in those who used headphones, and these people reported lower levels of perceived pain.

Music allows you to create harmony in an environment, the operating room, which normally and understandably transmits anxiety to patients. Transmitting music to the operating room during surgery reduces the number of sedatives required for patients by 50%: one study estimated that music is as effective as 2.5 milligrams of Valium.

When you are about to face a surgery or any more or less invasive medical procedure, you are in a situation that understandably determines a certain dose of anxiety: according to some studies, music has been found to be effective in reducing anxiety before a surgery to a greater extent than drugs. This allows you to intervene on a vicious circle that often occurs: anxiety, greater tension (including muscle), greater pain, greater anxiety, and so on. Instead, after surgery, music helps relieve pain by reducing the administration of pain relievers with consequent reduction of adverse drug effects such as nausea and vomiting.

The greatest benefits occur when you start listening to music in the preoperative moments, and then continue during the operation and in the post-operative course. Not only is anxiety reduced, but the true perception of pain is also reduced, especially if the pieces are chosen by the patient himself.

As mentioned above, music is used to reduce pain also in other areas and in the case of chronic diseases it helps to promote physical well-being and relaxation:

See also  USMLE - What You Need To Know About Them

There are testimonies of people with serious diseases, such as a tumor, which can cause severe pain in various parts of the body, which thanks to music have managed to find some relief.

Listening to music can also help in the case of diseases such as rheumatoid arthritis and osteoarthritis: an experiment was carried out at the Cleveland Clinic Foundation in the USA: 30 patients with arthrosis and rheumatism were subjected to an hour of music a day for six consecutive months, as opposed to another group of as many patients who did not receive any alternative therapy but only the traditional one.

The music was chosen by individual patients based on their tastes: the listening group reported a decrease in pain up to 21% intensity, with a state of depression reduced by about 25%. This result is twice as positive because there has been an improvement not only in pain but also in the mood of the patients. By listening to music, the perception of pain is less the more the music produces pleasant psychological sensations: it promotes muscle relaxation and muscle elasticity. If muscle tension decreases, the joints experience less pressure and consequently less pain is felt. In addition, by placing more and more attention on what is being listened to, even thought is distracted by painful sensations.

See also  How to Dry your Hair with a Hairdryer?

Pain-reducing effects were also observed in the delivery room, although delivery is a completely natural event and not a disease: mothers who benefited from the ability to listen to music required reduced administration of pain medication because music it favored relaxation and the visualization of positive images with a beneficial influence both in the dilation phases and in the correct positioning of the child.

Today it is known that music has a series of physiological and psychological effects: it affects the heart and respiratory rate, blood pressure, stomach contractions and hormonal levels, and the electrical rhythms of the brain. Music has a calming effect, reduces muscle tension, improves mood, improves sleep, reduces the level of stress. It seems that this is possible because music reduces cortisol (the stress hormone) and promotes the production of oxytocin (the hormone of happiness) and serotonin, a neurotransmitter that helps, among other things, good mood, rest, ‘appetite. These are all factors that have in common the fact of improving the quality of life.

Listening to the music we love stimulates certain areas of the brain that trigger pleasure. To have beneficial effects you should listen to the music you like, especially if the rhythm is regular and is close to that of the heart, with a volume appropriate to the situation. The use of music as an aid in pain control has the advantage of being a non-invasive means, with no side effects. Music is therefore, besides a source of pleasure, a means to act on one’s well-being. 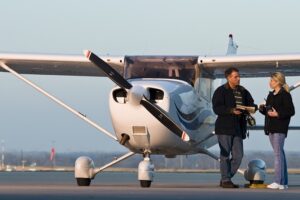 6 Most Helpful Tips For New And Old Pilots! 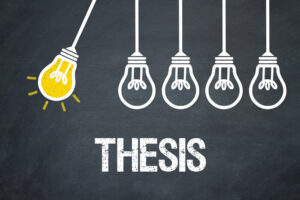 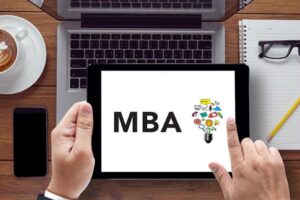 Made Redundant or Laid off During COVID? Why Now Could be the Perfect Time to do an MBA Online 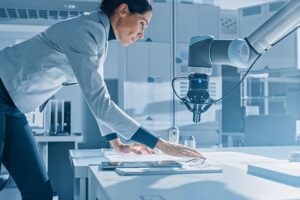