With a swallow, the blood of an ass and a black cow, it is possible to achieve a spell that awakens the delirium of the chosen subject, lighting the fire of their passion. Although this is a formula from ancient Egypt, which is kept in the British Museum, it does not mean that it is not perfectly effective. Or, at least, this is what Tobie Nathan, a French psychiatrist, believes, who states that “the passion of love that one feels is the result of the practices that the other performs.” And sometimes those practices include magic, amulets or the intervention of invisible spirits for almost everyone.

“We do not fall in love with the rhythm of encounters, nor are we captivated by the attractiveness of a body; it is not the sweet face, nor the beauty of the soul that makes us fall in love, but rather we are objects of deliberate capture. Talismans, potions, perfumes, prayers, rituals, esoteric words, foods or concoctions “are part of the methods to awaken the infatuation, Nathan tells in his new book called Charms of love. “I will see the lover as the hunter and the lover as prey, although there are times when the hunter becomes the prey of his victim,” he says.

Nathan is obviously controversial, although that seems to matter little to him. The French doctor is the best known reference of “ethnopsychiatry”, a discipline that analyzes the patient and her illness within the socio-cultural context from which she comes, which can include ritual practices to reach a cure. Perhaps that is why she has written a book in which she links traditions that come from the first Mesopotamian civilizations to the present, to show that black magic spells is “a terrible poison, something in which it is better not to overdo it.”

Is it worth making a potion or spell to make someone fall in love with you? Works? Or does it generate a non-genuine love that will never match the true one? In dialogue with Viva, Nathan tries winding paths to answer this question. “What love magic seeks – he says – is not reasonable and stable love, but passionate love. The ancient Greeks had two words: filia, lasting love, which can also be translated as friendship, and eros, passion, desire in its instinctual form , love madness. Obviously, love magic seeks to produce eros. While reasonable love, that which brings two people together in the bosom of a couple in a family project, can be the result of reflection and reveal itself based on the reason, the love passion manifests as the occupation of oneself by another “.

“The passion produced by a magic can sometimes evolve into lasting love. Eros becomes a philia. But that does not imply that its unleashing requires less than the action of a third party. Passions must be effective, because almost all of the traditional cultures think so. And I don’t want to just talk about ancient times where, as I amply demonstrate in my book, this theory was ubiquitous among the Assyrians, the Egyptians, the Greeks, the Romans, in the medieval West (Tristan and Isolde) , in Arabic philosophy (Leyla and Majnun). This conviction that love magic is effective also occupies a vast place in traditional Indian and Chinese thought, not to mention in African cultures, where it is considered one of the main techniques of magic. witchcraft, “he says.

“It is only with the majority thinking of the industrialized West that this idea disappeared to make room for a desire that is born ‘at random from an encounter’. Modern people who ignore, for example, marketing techniques, in which we recognize the possibility of influencing consumer desire at a distance. That is why I do not pay attention to the ordinary thoughts brought back to me by the litanies of the heart press and the vulgarity of an infantilizing psychoanalysis. In my book I consider that the love passion experienced by a person is the result of the practices of another person, “he adds.

“There are ways to make someone else crazy in love,” Nathan says in his book. And yet all these modes seem to belong to esoteric worlds very different from those of our urban realities. Mixtures and equations that go beyond our possibilities.

You describe things that are very hard to come by: blood from different animals, hairs, feathers, snakeskin. Can you make a spell with things you buy -for example- in the supermarket?

Yes, you are right. Traditional techniques are adapted to a rural world, close to forests, plants and animals. But I have been concerned with translating traditional techniques into terms accessible to modern urbanized ones. Remember, my book concludes with a series of tips for anyone who wants to make someone fall in love. I will tell you some now: go ahead with a mask, do not state your desire, go to a third party, it takes at least three for love; Choose the places and moments of fragility, when the person takes off her wrapping, such as in moments of sadness, and then do not hesitate to call out the name of the person whose love you .. 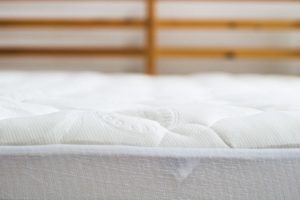 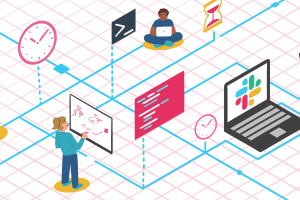 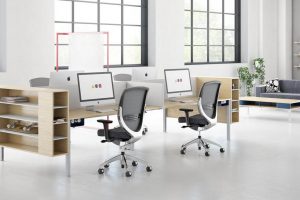